Blockchain is the indefatigable technology that has won the tag, and rightly so, “the future of the globe.” The technology is expected to remarkably change how most industries, from the financial sector to agribusiness, are run.

Romain Chiaramonte « Above all we need real use cases! »

If you are new to blockchain, perhaps you might be wondering, “What exactly is this technology?” and “Why is every industry running to adopt it?”

Blockchain is a digital distributed ledger that is maintained in computers (nodes) of all the members in a system network. If the system under consideration is used to send funds, the distributed ledger will have data on payment and receipts. These transactions are grouped into chains of blocks that give the technology the term “blockchain.”

The link between the blocks and the data they hold are protected by advanced cryptography that makes it impossible to edit or destroy previous transaction details. This also means that the blockchain and network can be trusted to run with no central authority. These unique traits of blockchain have made every industry mull applying it. Therefore, here are the main ways that blockchain is changing the world.

Like Romain Chiaramonte pointed out, “the blockchain technology is a great revolution, way bigger than internet. So far almost nobody has understood that. That’s why we are going to need a period of 2-4 years dedicated to pedagogy. Above all we need real use cases! ”

Traditionally, sending value across international borders has been painfully slow and expensive. Deloitte indicates that this is caused by involvement of multiple currencies, different banks in varying locations, and several administrations with different laws. Blockchain technology is promising to revolutionize the finance industry by making transactions fast and cheap.

Because blockchain networks run across the globe without a centralized authority, time for sending funds is cut from days/ weeks to only a few seconds or minutes. Blockchain technology has also demonstrated that the cost of sending funds can be reduced from ≃ 20% charged by most financial services to less than 2%.

Raising capital for development projects, startups, or businesses is an intricate and bureaucratic process. In most of the cases, you have to go through many loan specialists, meet strict credit criteria, and brutal repayment conditions. Indeed, many startups and businesses that do not qualify for conventional funding.

One of the most notable problems of the internet age is identity security. Even as people look for advanced ways of securing their identities and operations online, cybercriminals are also getting new methods of stealing identities.

Though blockchain was initially thought to be a cryptocurrency-only technology, it has been demonstrated that it is applicable almost in every niche. In addition to changing the globe in the above three ways, blockchain is expected to further redefine the gaming, taxation, social medial agriculture, and land management sectors. 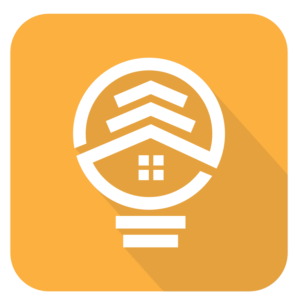